The Farmiloe Building is one of Farringdon’s most iconic structures. It is currently being restored from a lead and glass factory to a commercial office space with a contemporary extension including the construction of a new RC basement and 4-storey RC fair faced concrete frame. ASUC member company Modebest Builders Ltd were invited to tender for this project in 2015 and work started in October 2017.

The scope of works for this project involved underpinning an existing party wall with a live restaurant on the other side to a depth of approximately 3m from the underside of the existing foundation. However, on initial excavation and exposing of the existing foundations, the extremely poor condition of the brickwork was realised. A decision was taken to stop all works and seek advice from the client and structural engineer.

Modebest drew on their years of experience to develop the safest methods of stabilising the brickwork, making it safe to begin underpinning. Due to the condition of the brickwork, once undermined for each underpin it required immediate propping similar to a drainage heading to allow safe access for operatives to excavate as required. The depth of the brickwork was up to 1200mm in areas and substantial propping had to be installed to keep the excavations safe.

Constant movement monitoring was required to be carried out several times daily to ensure that the party wall did not exceed the movement trigger values. On one occasion excess movement was detected over a 3-day period and a berm of soil was immediately installed in the specific area which halted all movement. Modebest decided to only carry out works in the adjacent areas and completed the remaining underpins from the berm at a higher level once all other underpinning was complete.

This project is great example of how the expertise and specialist experience of ASUC member companies can make all the difference during a project in which new challenges continually arise. 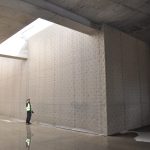 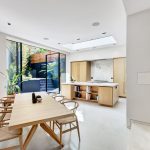