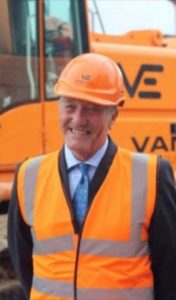 A Tribute to Michael Ellis

It is with sadness that The Association has learned of the passing of Michael Ellis the founder of geotechnical contractor Van Elle and a co-founder of ASUC.

Michael, a chartered engineer, founded Van Elle in 1984 and set out to make the company a market leader. Michael was the epitome of a true entrepreneur, a visionary, who with his considerable passion, dedication and single-minded approach built Van Elle into the largest geotechnical engineering contractor in the UK culminating in a successful float on the London Stock Exchange AIM listing in 2016.

Michael was also a co-founder and past chairman of ASUC and his commitment, enthusiasm and dedication has made a valuable contribution to the success and solid foundations that ASUC enjoys to this day.

Retired former Van Elle main board Director Vic Handley commented “Michael is a sad loss to our industry. I, my family and many other families will be eternally grateful for the opportunities he gave us to better ourselves and to reach our full potential. There are many examples where on-site personnel were encouraged to move up through the ranks, many of whom reached divisional and main board director status in addition to becoming shareholders. His contribution to the geotechnical industry and contracting as a whole is underrated. He set standards in terms of quality, training and health and safety that others in the industry have followed. His legacy will live on through the company he was so proud of.”

He will be greatly missed by all and we at ASUC pass on our sincere condolences and best wishes to his family. 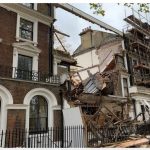 Property Collapse in Chelsea. Why let a good headline get in the way of the facts?ASUC News