Following the summer surge and unusually dry weather of 2018, the number of subsidence insurance claims has risen by 50% since 2017 to a total of 18-20,000 claims, according to the Clay Research Group. Anecdotal evidence within the industry, however, suggests that these figures are low and that the full impact of the event year won’t be known until 2019.

As Marianna Hunt reported in the Telegraph over the weekend, the insurance industry is struggling to keep up with the rising number of claims.

Rob Withers, the ASUC Executive Director, has pointed to evidence suggesting that “over 50% of insurance specialists have left to do other things, retired, or entered into self-employment.”

This is a testing time for insurers, but the decline in subsidence insurance specialists has also been felt by specialists within the building and construction industry. In recent years, “many ASUC members used operative skills on mini-piling and engineered foundations for new builds when subsidence claims tailed off”, says Withers.

Consumers are to expect extended lead-times from best-practice contractors. Withers warns that rogues outside the current industry will seek an opportunity for a “quick win” at the consumer’s expense.

ASUC specialist contractors are well equipped to provide services to protect against and to remedy the effects of subsidence, whilst also offering an insurance guarantee. As the full impact of the event year begins to be felt in 2019, some members are expecting to return employees to underpinning and subsidence work in the New Year.

ASUC becomes a signatory to the 100% Hackitt InitiativeASUC News 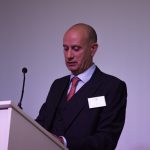